A Trip to the Land of Fire and Ice

Over the past several years, Iceland has quickly become one of the most talked-about tourist destinations in the world. From its stunning waterfalls, massive glaciers, volcanoes, geothermal hot springs, black sand beaches, mountains, and more, Iceland is an incredible and mystical country.

Last year, I was lucky enough to find some extremely inexpensive plane tickets to travel to Iceland with my better half, and for us, it was the experience of a lifetime. We visited the country in late September, which was just outside of Iceland’s peak season and close enough to Iceland’s summer to avoid freezing temperatures and snow, but close enough to winter to catch a glimpse of the Northern Lights.

First of all, I am convinced that whenever water touches the ground in Iceland, a waterfall is created; I definitely saw more waterfalls in the one week I spent in Iceland than ever before. The first picture is of Goðafoss, one of the largest waterfalls in Iceland in terms of volume. The second waterfall I included here is Skógafoss, which, as pictured, is often accompanied by a rainbow. 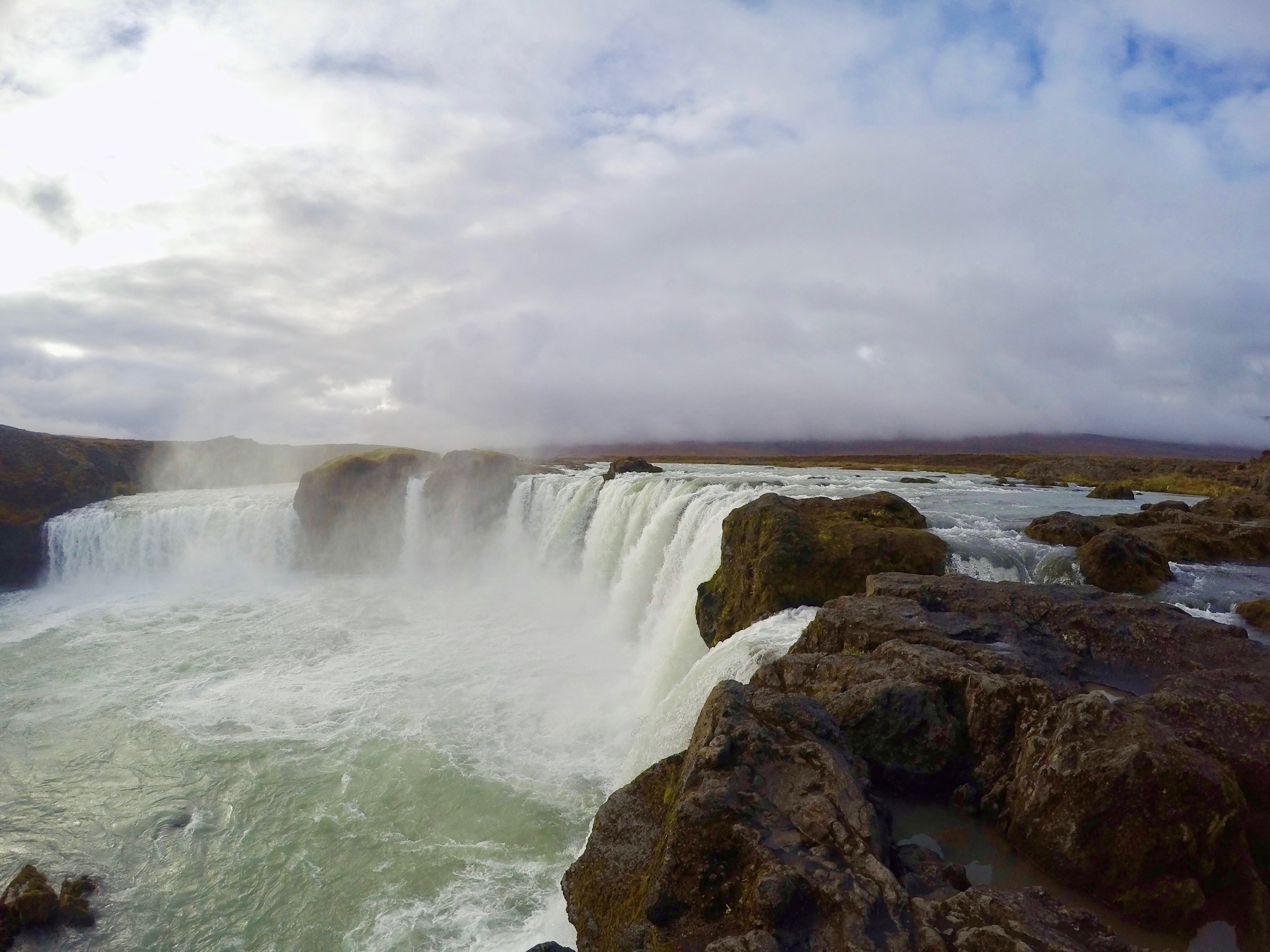 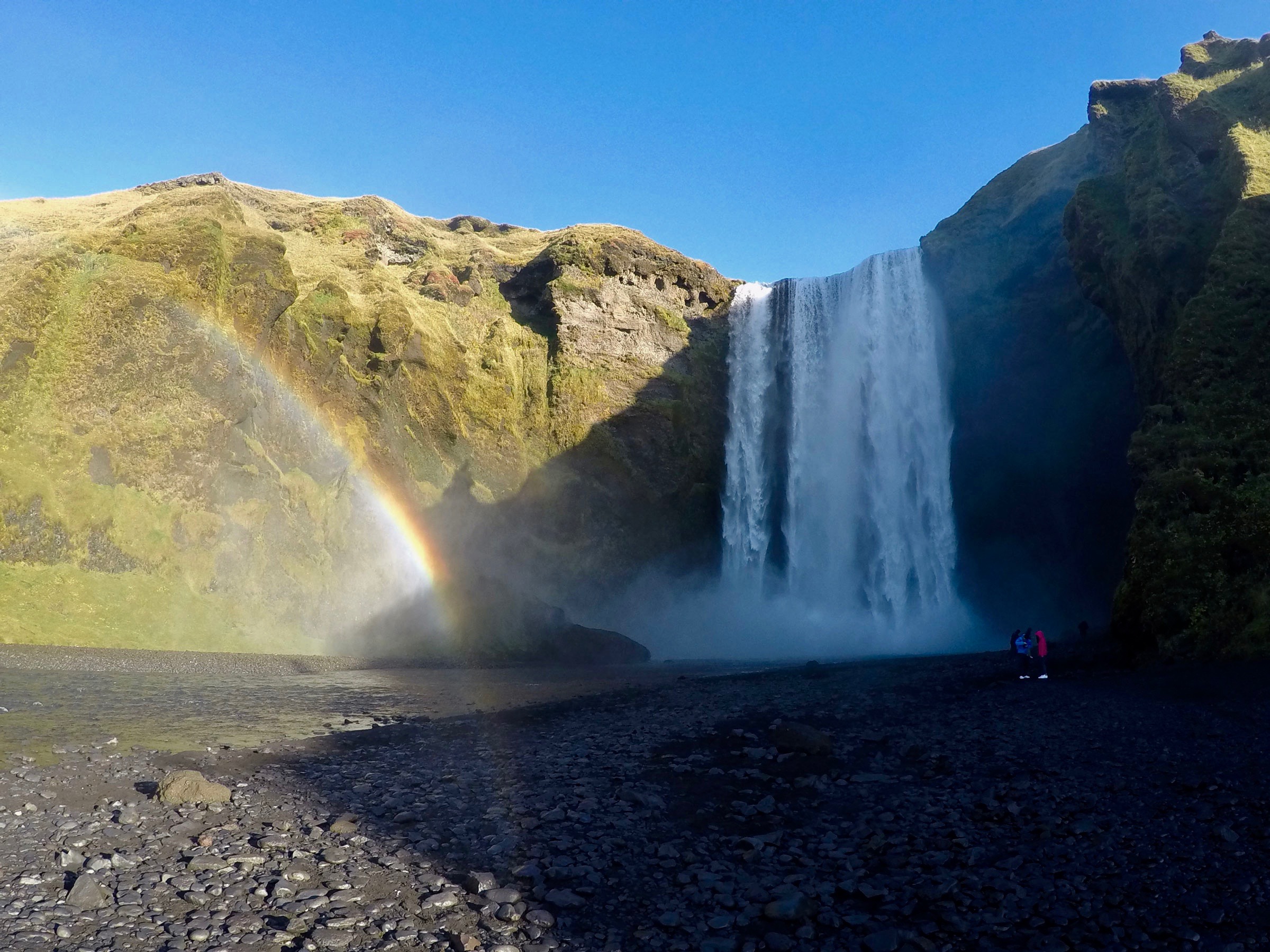 Perhaps the most fascinating aspect of Iceland is its volcanic nature, giving Iceland its nickname of “The Land of Fire and Ice”. Iceland has several dormant volcanoes but also several active volcanoes, with the most recent eruption occurring in 2011. This also gives way to Iceland’s plentiful black sand basalt beaches and fields (pictured below) as well as geysers, hot springs, and geothermal energy, some of which is utilized by its residents.

Then, no blog on the Land of Fire and Ice would be complete without a picture of a glacier, so I included one we took from the side of the Vatnajökull Glacier, Iceland’s largest glacier that remains entirely frozen throughout the year. 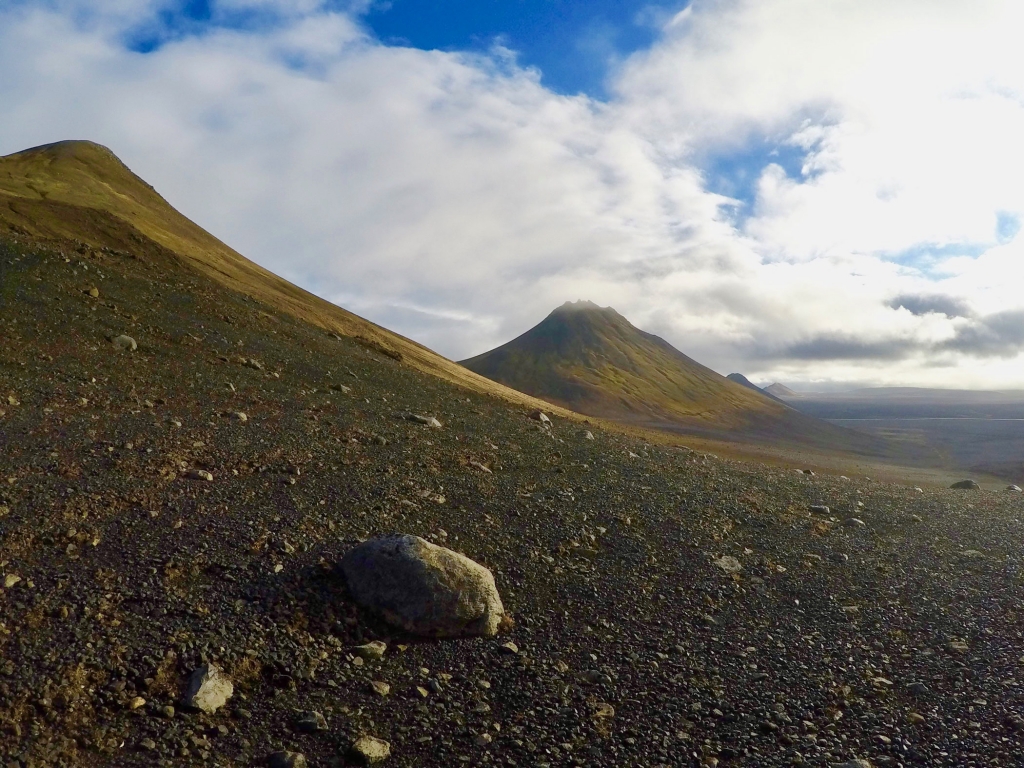 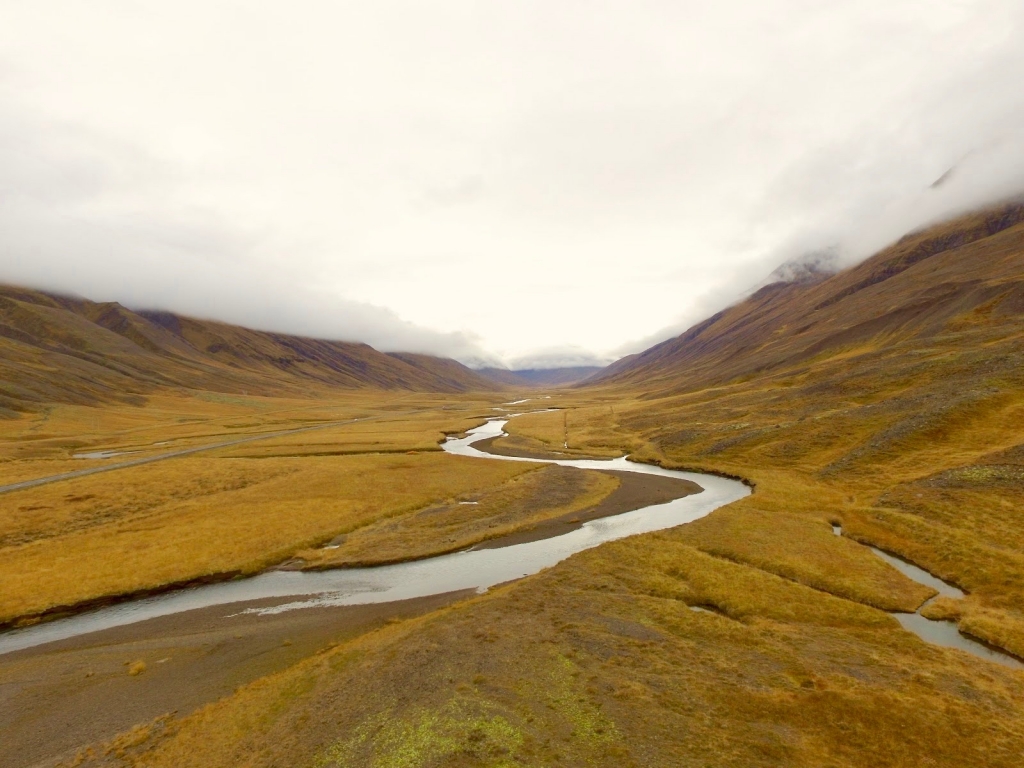 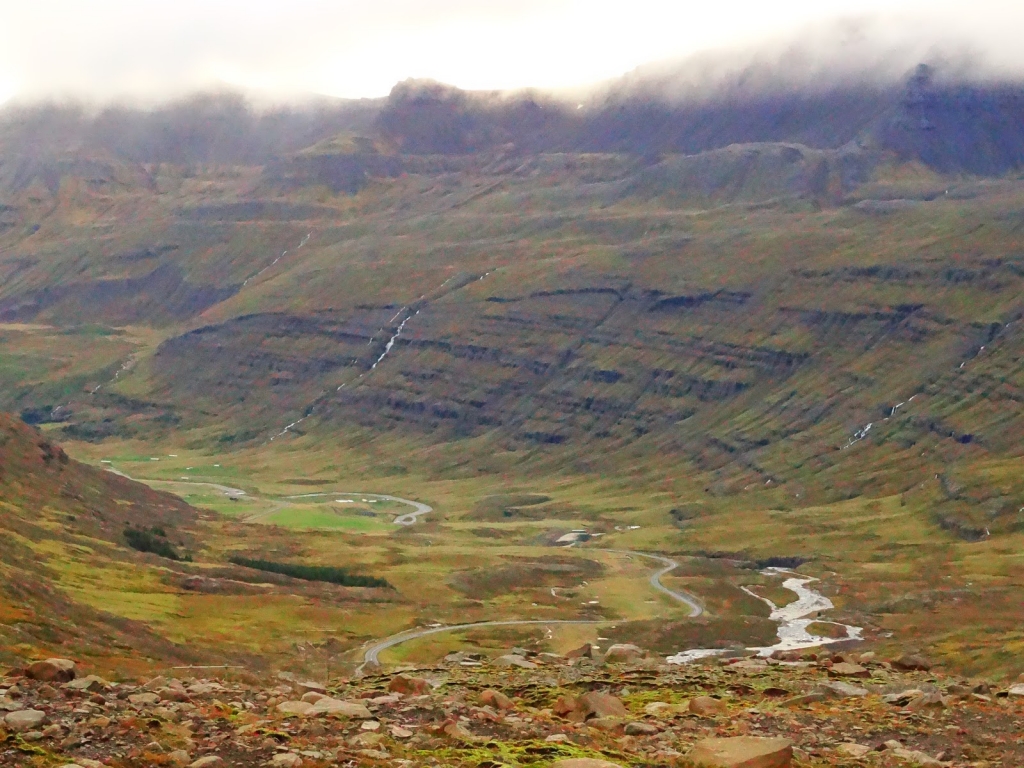 I’d also like to emphasize that while travel websites and blogs will show you some of the most popular, named landmarks, don’t keep your head down along the way- there are incredible sights wherever you go in Iceland, even if they are not designated tourist locations. For example, take this drone picture I took of an unmarked valley along the Ring Road.

I also proposed to the love of my life here! Anywhere in Iceland would have been perfect for a proposal location, but I chose this majestic valley in between Egilsstaðir and Seyðisfjörður.


In terms of Icelandic music, we spent so much of our time out in the wilderness that we unfortunately did not get the chance to experience live music (and largely stayed out of the city areas). However, we were surprised that even in some remote locations of Iceland, most of the recorded music we heard in public places was classic rock and familiar US hits from the 70’s and 80’s. During our many hours on the road, we also discovered that nearly every radio station is talk radio, though we loved the Icelandic music we were able to find, such as this Valdimar song.

Then, per a recommendation from Atlas Obscura, we visited Tvisongur, which is a sound sculpture with five interconnected domes, each corresponding to a tone in the Icelandic musical tradition of five-tone harmony. It is large enough to walk into, and the acoustic experience is eerily mind-blowing. Due to the unique construction of this sound sculpture, sound travels in very unexpected ways. For instance, someone speaking directly in front of you may sound like they are right behind you, and depending on where you are in reference to the dome’s curve, the volume of the other person’s voice could be hardly audible or almost ear-splitting. We couldn’t help but experiment with music and sound here, and it was pretty unbelievable (as this group demonstrates).

For more of a taste of Icelandic music, particularly as it intersects with classical and contemporary music, check out UnClassified’s Fire and Iceland playlist! My personal favorite from this playlist is “Flight from the City” from Jóhann Jóhannsson; I think it really captures the beauty, desolation, and wonder of this incredible country.

Sign up for the Naxos of America email newsletter for the latest blog posts, interviews, playlists, new releases, and more! 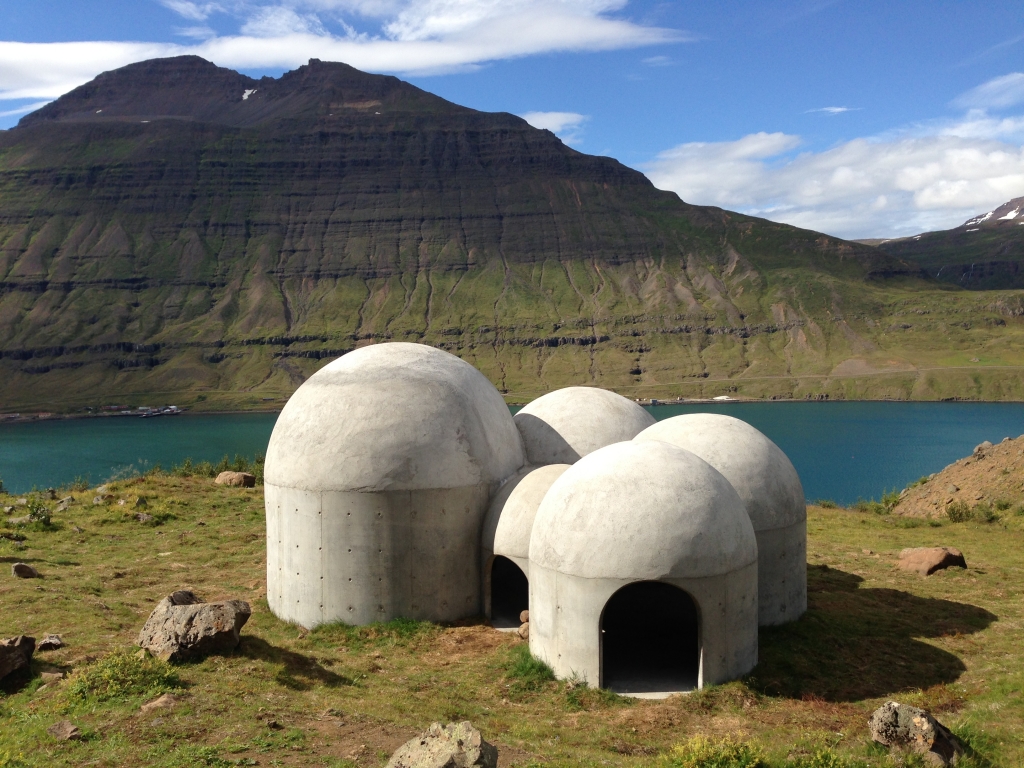