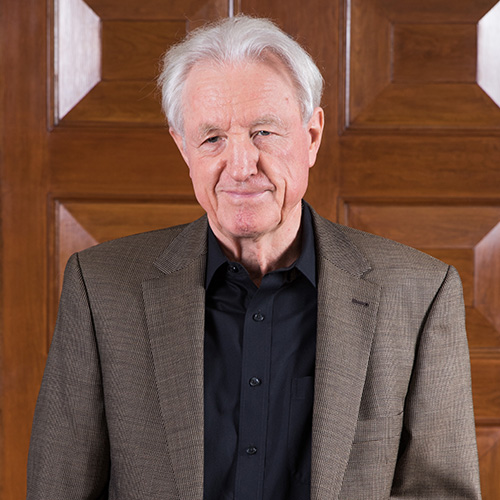 Klaus Heymann, founding chairman of the Naxos Records and the Naxos Music Group, has received a Special Achievement Award from the International Classical Music Awards (ICMA) in recognition of his entrepreneurial and visionary development of the classical music recording industry. ICMA President Remy Franck commented:

“Klaus Heymann has changed the recording industry and without him it would never have achieved the dynamic it has today, despite all the problems which might exist. Due to his strong vision, his incredible efficiency and his profound love for the music, he became the industry’s major player.”

The award will be formally presented at the ICMA’s 2017 Awards Ceremony on 1 April, held at the Leipzig Gewandhaus, at which the winning recordings from this year’s 321 nominations will also be announced.

The ICMA Special Achievement Award coincides with the occasion of Naxos’ 30th anniversary, and sees both Mr Heymann (who turned 80 in October) and his expanded music conglomerate (now the Naxos Music Group) uniquely bullish in its development plans for the industry. Recent achievements include the forming of a new division for audiovisual classical content, the launch of a streaming service for world music, and a new online resource for musical works.

Klaus Heymann’s name is synonymous with making classical music available to a much wider audience than was the case prior to his founding in 1987 of Naxos, the CD label that famously undercut the major labels in terms of price, without compromising on quality. Headquartered in Hong Kong, Naxos now boasts a catalogue of such depth and breadth that it makes it the leading classical label. Over the years, Naxos recordings have received countless commendations, including GRAMMY® awards, Penguin Guide 3-star recommendations, Gramophone Editor’s Choice Awards and many other international honours.

Mr Heymann himself has received a number of international citations over the years, recognising his acumen and the indelible stamp he has planted on the industry he represents. In May, 2015 he received Yale University’s Samuel Simons Sanford Award. At the presentation, Robert Blocker, Dean of the Yale School of Music, highlighted his extraordinary accomplishments:

Klaus Heymann led the field in foreseeing the inevitable synthesis of recorded classical music with the internet as its vehicle for distribution. In 1996, he pioneered the concept of making music accessible from the internet, and in 2002 he launched the Naxos Music Library, the industry’s first subscription streaming service, four years before the arrival of Spotify, advocating the benefits of streaming rather than downloads.

Accolades for his services to the industry are abundant. Naxos Artist Marin Alsop, music director of the Baltimore Symphony Orchestra and the São Paulo Symphony Orchestra, who became the first woman to conduct the BBC’s Last Night of the Proms in 2013, made this comment on the occasion of his 80th Birthday:

“Klaus Heymann’s influence on the classical recording business can simply not be overstated. As a leading entrepreneur and musical visionary, Klaus has transformed and reinvented the entire industry. And he has done it his way!

Mr Heymann took time out from supervising a live recording of Wagner’s Siegfried with the Hong Kong Philharmonic and its chief conductor Jaap van Zweden (part of Naxos’ ongoing Ring Cycle project) to respond to the announcement: “I am so grateful and delighted to accept this most unexpected award. I am also a little relieved to note that it is not a lifetime achievement award, since I still have many plans for things to do on behalf of our industry.”